Potential adversaries (such as Russia and China) are using information to achieve their national objectives and undermine the security and principles of the United States—e.g., propaganda and cyberattacks.

In our prior work, we recommended that DOD improve its leadership and address its challenges in this area. 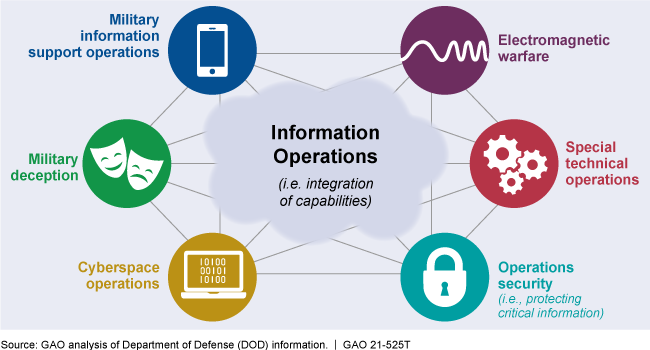 At its core, information operations (IO) are the integration of information-related capabilities during military operations to influence, disrupt, corrupt, or usurp the decision making of adversaries and potential adversaries while protecting our own. (See figure.) For example, in seeking to facilitate safe and orderly humanitarian assistance, the Department of Defense (DOD) would conduct IO by influencing host nation and regional cooperation through the integration of public affairs activities and military information support operations.

GAO found, in 2019, that DOD had made limited progress in implementing the 2016 DOD IO strategy and faced a number of challenges in overseeing the IO enterprise and integrating its IO capabilities. Specifically:

U.S. potential adversaries—including near-peer competitors Russia and China—are using information to achieve objectives below the threshold of armed conflict. DOD can use information operations to counter these activities.

This testimony summarizes GAO’s past work related to DOD’s IO capabilities. Specifically, it discusses: (1) DOD’s information operation terms and concept, and (2) DOD’s actions to implement the 2016 DOD IO strategy and address oversight and integration challenges. This statement is based on GAO’s August and October 2019 reports (GAO-19-510C and GAO-20-51SU) and updates conducted in April 2021.

In prior work on which this testimony is based, GAO recommended that DOD take five actions to improve leadership and integration for information operations—including that the department should conduct a posture review to assess integration challenges. DOD disagreed with the recommendations. However, Section 1631 of the National Defense Authorization Act for Fiscal Year 2020 included several provisions related to our recommendations, such as one that required the Secretary of Defense to conduct a posture review. 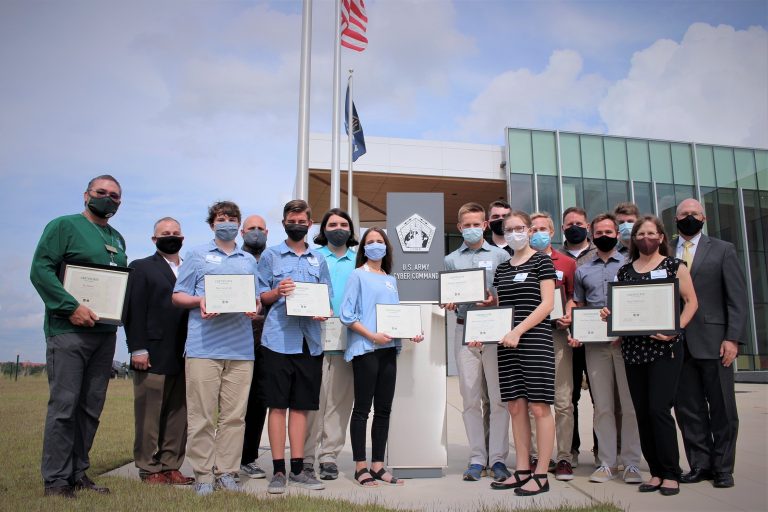 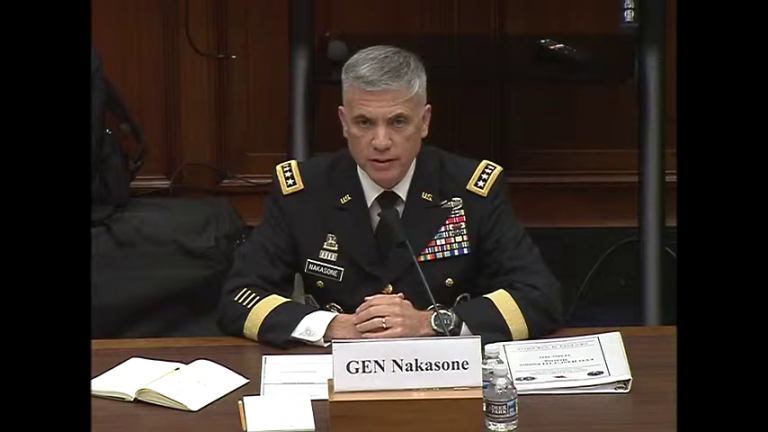 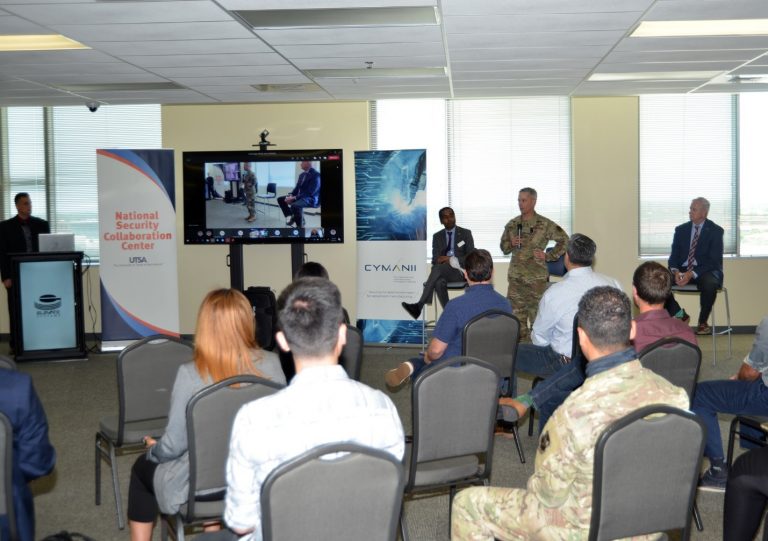